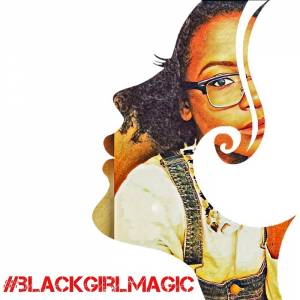 Jazz buffs will know all about Grammy Award winning trumpeter CURTIS TAYLOR. Hailing from Bedford, Ohio, Taylor possesses formal degrees in jazz music but, of course, that’s not what makes a great player. Passion and soul are more important than any number of BAs or Masters accolades and Taylor owns those qualities in spades! So much so that he’s been called on to perform with luminaries such as Patrice Rushen, Billy Childs, Gary Novak, Bob Sheppard, Marvin “Smitty” Smith, Ed Motta, Rodney Whitaker, and gospel stars Karen Clark-Sheard, Kierra Sheard and the Singletons and of course Cyrus Chestnut. More recently Curtis featured on Gregory Porter’s ‘Water’ and ‘Liquid Spirit’… the latter of course, scooping the Grammy.

Currently Curtis Taylor is promoting his latest solo project ‘#Hashtagged’ and from it the single ‘#blackgirlmagic’ is currently winning plenty of airplay Stateside on the more sophisticated and savvy music stations. The tune is a gentle neo-soul paean to the beauty and power of black women. The lovely, lithe vocal comes from the wonderfully named April May Webb –who’s clearly studied at the Jill Scott vocal academy. The cut is more a lazy vibe than a structured song… a touch of Maxwell meets Donald Byrd and there’s a catchy hook on the title passage. Both album and single are out now.