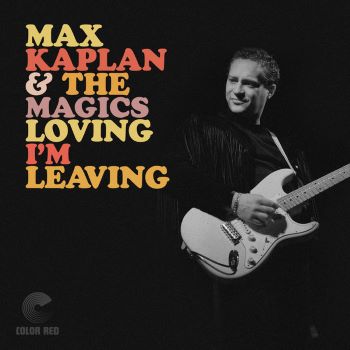 MAX KAPLAN is a blue eyed soulster who works out of Memphis. Kaplan, 24, is a  native New Yorker with a guitar playing dad but son’s love of soul took him to Memphis. He says: “My dad is a guitar player and he taught me. And, yes, that’s what he’s known his whole life. When I got to Memphis I was exposed to soul music, which is very much an evolved form of the blues. The blues kind of came to Memphis, met jazz and other such forms of music, and became soul. Soul music really is the key to all of American pop music. It shaped what we’ve got going in America here musically now. That’s my favourite stuff to listen to. So, when I write songs I’m always thinking, ‘Well, I love old soul music, but I want to make something new. I can’t just be copying old stuff.’ What we’re trying to do is basically the same thing every artist does; take our influences and put our voice into it.”

Max cites his chief influence as the whole Memphis/Stax/Hi sound but he’s adamant that the music he makes with his band The Magics is not a simple exercise in the retro. Kaplan again: “This is a different time period. We are making music in 2021, so we are bringing all that influence into it. Stax was based in the ‘60s and ‘70s, so they were bringing influences of the world at that time into their music. We’ve got different things going on in our lives.”

Right now Max Kaplan and the Magics are promoting a wonderful new single…. ‘Loving, I’m Leaving’. It’s a gentle but soulful tune that has its roots deep in Memphis’ rich heritage (think Al Green’s version of ‘How Can You Mend a Broken’) but at the same time this ‘Loving, I’m Leaving’ still sounds totally contemporary. Lyrically, the song is about feeling bad about breaking hearts (Kaplan claims he was some sort of a player) and the  intense chords and musicianship help push that feeling into the forefront. Max’s vocal is totally convincing and the Magics (Jad Tariq on lead guitar, John Hay on bass, Danny Banks and Andrew McNeil on drums, Matthew Wilson on bass and drums, Benton Parker on bass, and Art Edmaiston and Marc Franklin on horns) provide just the right level of sympathetic accompaniment. The horns, in particular, are a real treat. If we had a “Record Of the Week” , this would be it!

MAX KAPLAN and the MAGICS ‘‘Loving, I’m Leaving’ is out now via Color Re and it’s simply magic! (see what we did there!!!)