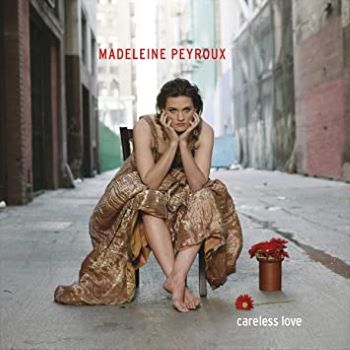 Fans of American jazz singer MADELEINE PEYROUX will be delighted to know that Craft Recordings are set to re-release Madeleine’s’ 2004 breakthrough album ‘Careless Love’ in a new and very special deluxe edition.

The “new” edition includes the acclaimed, best-selling original album, plus a previously unreleased live set, captured in its entirety in 2005 at Spain’s Festival de Jazz de Vitoria-Gasteiz. This new, bumper ‘Careless Love’ will be available digitally, as a 2-CD set, and on 180-gram vinyl as a 3-LP set, housed in a triple gatefold jacket.

Both physical editions include recently unearthed photos, plus new liner notes from the GRAMMY® Award-winning journalist Ashley Kahn, who recently spoke to Peyroux about the making of the album and her triumphant performance in Spain. In addition to the widely available standard 3-LP edition, a limited pressing on translucent vinyl with black and gold marble will be available exclusively via the Madeliene’s and Craft’s own webstores. We’re told that’s a limited edition of just 1,000.