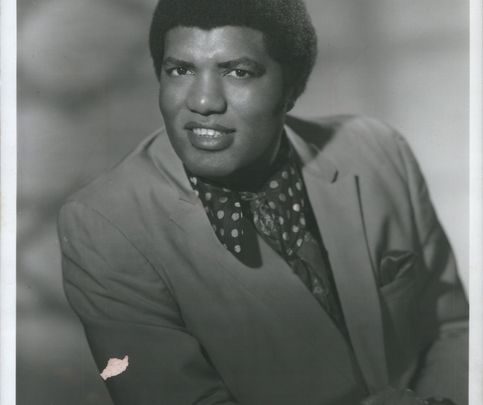 Soul veteran “SIR” MACK RICE died on Monday 27th June at his Detroit home. He was 82 and cause of death was recorded as “complications of Alzheimer’s Disease.” His passing was confirmed by family friend Pat Lewis in a statement to the Stax Museum of American Soul Music.

Rice was born Bonny Rice in Clarksdale, Mississippi, in 1933 and as a child, family friend Ike Turner helped him learn piano. In 1950 his family relocated to Detroit where Mack joined vocal group the Five Scalders then after army service he hooked up with the Falcons, amongst whose personnel were Eddie Floyd and Wilson Pickett. The group had hits with ‘You’re So Fine’ and ‘I Found Love’, before Pickett went solo in ’63. Rice then worked as a duo with Eddie Floyd but after he went solo, Mack began to concentrate on song writing.

His most well known song, of course, is ‘Mustang sally’. In an interview he recalled that he wrote it as a joke song first called ‘Mustang Mama’ and aimed it at Aretha Franklin. She actually played piano on Mack’s first demo, rejected it and suggested the title change! In 1966 the (Young) Rascals recorded the song as a B side and Mack himself enjoyed a minor hit with his Blue Rock 45. But the song is best known in its Wilson Pickett Muscle Shoals-recorded version.

The Pickett hit brought Rice into contact with Steve Cropper who brought the writer into the Stax set up and though he recorded some singles for the legendary label, he’s best remembered there as a songwriter. Amongst his credits are Rufus Thomas’ ‘The Funky Penguin’, Albert King’s ‘Cadillac Assembly Line’ and, of course, the Staple Singers’ ‘Respect Yourself’. Mack Rice remained with Stax until the end (though he commuted from Detroit) and when bankruptcy hit he was one of the company’s last full-time employees.

After Stax, Rice continued to work with Steve Cropper but more major success eluded him and he went into the asphalt business. Then, in the 90s he released several solo albums and always continued to perform in an around Detroit. Sadly, illness forced him to retire. In 2012 Kid Rock recorded one of Rice’s earliest songs, ‘Detroit, Michigan,’ and he sang it at halftime of that year’s nationally televised Detroit Lions Thanksgiving game. Rice said the song was “a tribute to Detroit’s women”.

On the lasting success of ‘Mustang Sally’, Mack said; “I can’t tell you why it’s lasted. It’s a good old funky song. It got to be a slang thing, and then it went crossover…. You can go in a club now, and hear any white band playing it.”