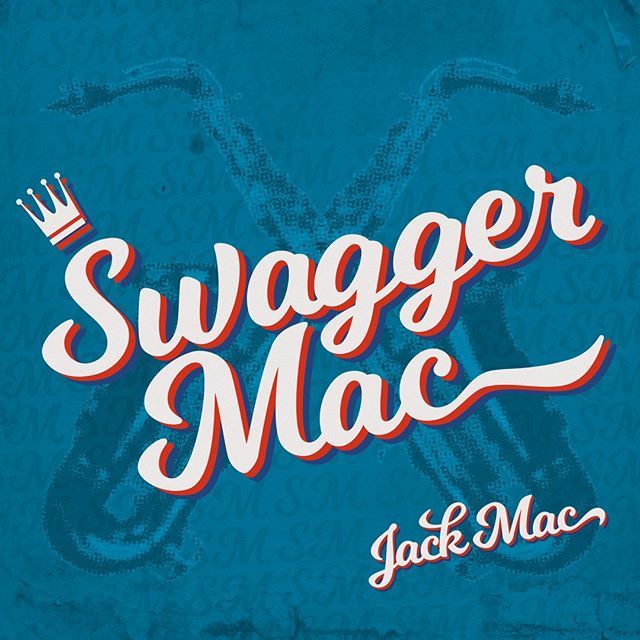 ‘Swagger Mac’ is the debut album from JACK ‘MAC’ McDOUGAL and his FUNK PACK and if you relish proper old school, brash and brassy Brit funk with a hint of jazz and blues you may want to investigate further.

First let’s put it all in context. McDougal is a busy pro sax man, composer and multi-instrumental music teacher. He regularly plays with jazz ensembles and live bands of various music genres across the UK and cites his influences as Coleman Hawkins, Sonny Rollins and John Coltrane. With his seasoned band, the Funk Pack, Jack gigs constantly throughout South Wales and South West England but the team have still found time to record their debut set ‘Swagger Mac’… named for the track that encapsulates the band’s sound – brassy and funky with tight beats and a jazzy undertow.

The album offers a number of vocals too – notably the lazy, jazzy ballad that is ‘Walk Away’ with Sarah Meek at the mic. Maybe unusually there’s a rap track (or at least a spoken word item) too…. ‘Need A Break ‘ with Skunkadelic. Interesting! In truth I could have done without the spoken exhortations to “party” on ‘Time To Party’ – maybe best to leave the message in the music.

The album’s out now and you learn more @ www.facebook.com/jackmacsax