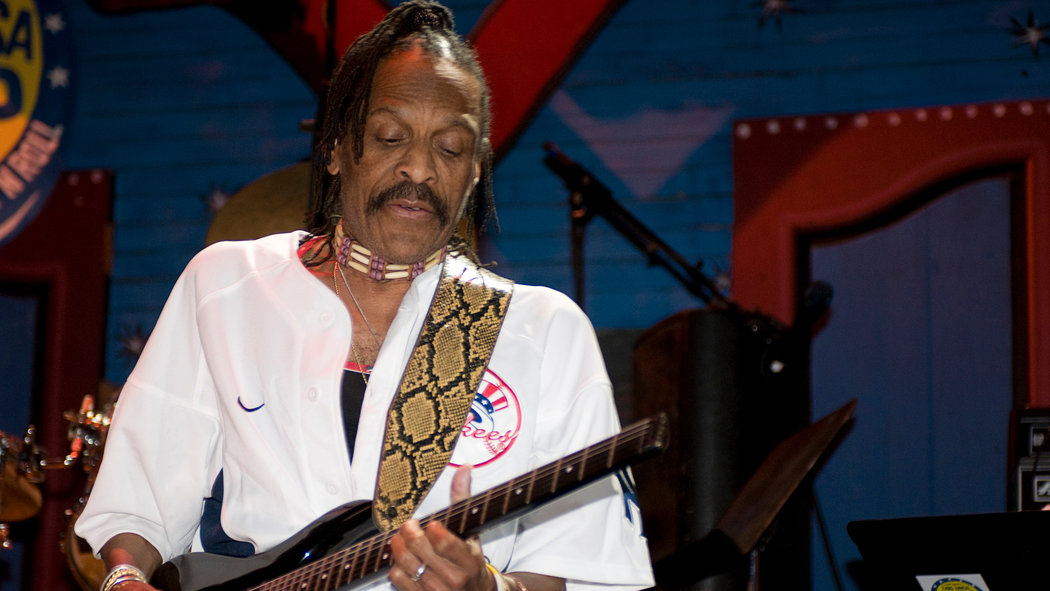 Memphis music legend, MABON “TEENIE” HODGES died at the Baylor University Medical Centre in Dallas on Sunday 22nd June. He died from complications caused by emphysema…. he was 68.

Born in Germantown, Tennessee in 1946, Mabon was one of 12 children and, growing up, because of his lack of height, the nickname “Teenie” was bestowed upon him. He learned the guitar as a child and by the age of 12 he was playing in local groups. Amongst his first bands were The Impalas in which he was joined by some of his brothers and his father’s group, The Blue Dots.

Hodges and two of his brothers (organist Charles and bassist Leroy) eventually signed up with Willie Mitchell’s Hi label in 1965. At Hi “Teenie” became Mitchell’s guitarist of choice for all his classic recording sessions … including work with Al Green, Syl Johnson and Ann Pebbles. He also recorded in his own right –as part of the famed Hi Rhythm Section (along with brothers Charles and Leroy). Hodges also wrote numerous songs – his most famous being ‘Take Me To The River’ and ‘Love And Happiness’ – collaborations with Al Green.

Always in demand, in later years Hodges collaborated with people like Boz Scaggs, Sam Moore and even Mark Ronson.

In 2013, filmmaker Susanna Vapnek released a documentary on Hodges- ‘Mabon “Teenie” Hodges: A Portrait of a Memphis Soul Original,’ on which she had worked for the previous five years. During the documentary, Hodges talked about all of the covers that had been recorded of his songs but noted that his biggest royalties had come from the use of ‘Take Me to the River’ in the Big Mouth Billy Bass novelty toy.

Lawrence “Boo” Mitchell, a long-time family friend and grandson of Willie Mitchell said, “It’s a huge blow to Memphis music. Teenie was an icon as a songwriter and guitarist. Guitarists all around the world loved Hodges’.

Mabon “Teenie” Hodges is survived by his eight children and his nephew, the rapper Drake with whom he recently collaborated.