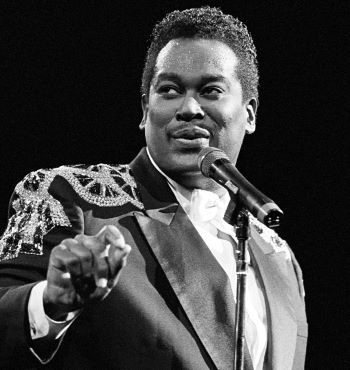 20th April, would have been LUTHER VANDROSS’ 70th birthday. The great man was taken from us in 2005, but what would have been his 70th birthday was marked in a number of ways. First off,  Legacy Recordings, the catalogue division of Sony Music Entertainment, have announced the RIAA certification of four of Luther’s singles: ‘Dance With My Father’(Platinum), ‘Here and Now’ (Platinum), ‘Endless Love (Platinum) and ‘A House Is Not A Home’ (Gold).

More interestingly dear old Google marked the birthday by using a cartoon of the singer as their main logo which then opens up into a short video animation of ‘Never Too Much’. The Vandross estate says: “It is a true reflection of Luther Vandross’ musical legacy around the world to be honoured by Google with an animated Doodle that fittingly captures the joy Luther has brought the world.  Luther made each of his songs about one simple, universal subject – love; an emotion and feeling common to the human experience no matter who you are, where you’re from or what you look like.  No one else has expressed this emotion in song to the level Luther did for over 35 years, and to have Google broadcast that around the world is a wonderful showcase of his immeasurable talent.”