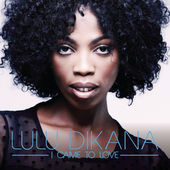 One of the saddest soul stories of recent months has been the passing of South African singer LULU DIKANA. Lulu was a major, name on the South African soul scene. Sister of South African X Factor judge, Zonke Dikana, she’d toured that country with big names like John Legend. Lulu released her debut album, ‘My Diary My Thoughts’ in 2008 and at the back end of last year released her third long player, ‘I Came To Love’.

Simultaneously, almost, Lulu was taken ill and hospitalised and, tragically, after a short illness she died. She was just 35.

Largely unknown outside her homeland, the new album is worth investigating by anyone who enjoys quality modern soul. One of the tracks, ‘You Rule My World’ has already won huge favour on the scene and the whole album shows Lulu’s huge potential, which makes her premature passing that much more tragic. Find out more about Lulu Dikana’s album ‘I Came To Love’ @ www.soulwalking.co.uk