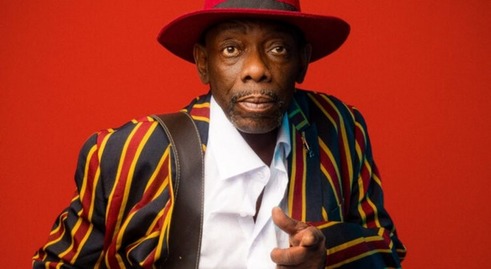 A noted guitarist and highly-respected Hammond B3 organ player who blurred the boundaries between blues and soul music, Lucky Peterson died on Sunday 17th May in Dallas at the age of 55. His death was announced via a social media statement by his family but the cause of his demise has not yet been disclosed. It read: “He was at home when he became ill and was rushed to the hospital in critical condition, but unfortunately did not recover. At this time please respect the family’s privacy, but do keep them in your prayers.”

The son of James Peterson, a bluesman-cum-nightclub owner based in Buffalo, New York,  precociously-talented “Lucky” (who was born Judge Kenneth Peterson) made his first album in 1969 at the age of five for the Today label. He made numerous TV appearances as a youngster  but after his meteoric start in show business, the ’70s and ’80s proved a fallow period in terms of solo recordings. Instead of forging a solo career, Peterson made a living working as a sideman for Etta James, Bobby “Blue” Bland, and Little Milton.

But in the 1990s, Peterson hit a streak of continuous good luck, making five well-received albums for Verve Records including a Mahalia Jackson tribute featuring Mavis Staples. The 2000s saw Peterson sign with the reactivated Blue Thumb imprint and after a couple of LPs, he recorded for a variety of labels. More recently, Peterson has been making records for the Paris-based Jazz Village imprint. His most recent recording, 50 – Just Warming Up released last year, celebrated his half-century as a performer.

Sadly, Peterson’s luck ran out five months after his 55th birthday but he leaves a fine legacy of recorded music behind.