LOVE’S BEEN GOOD TO ROD… 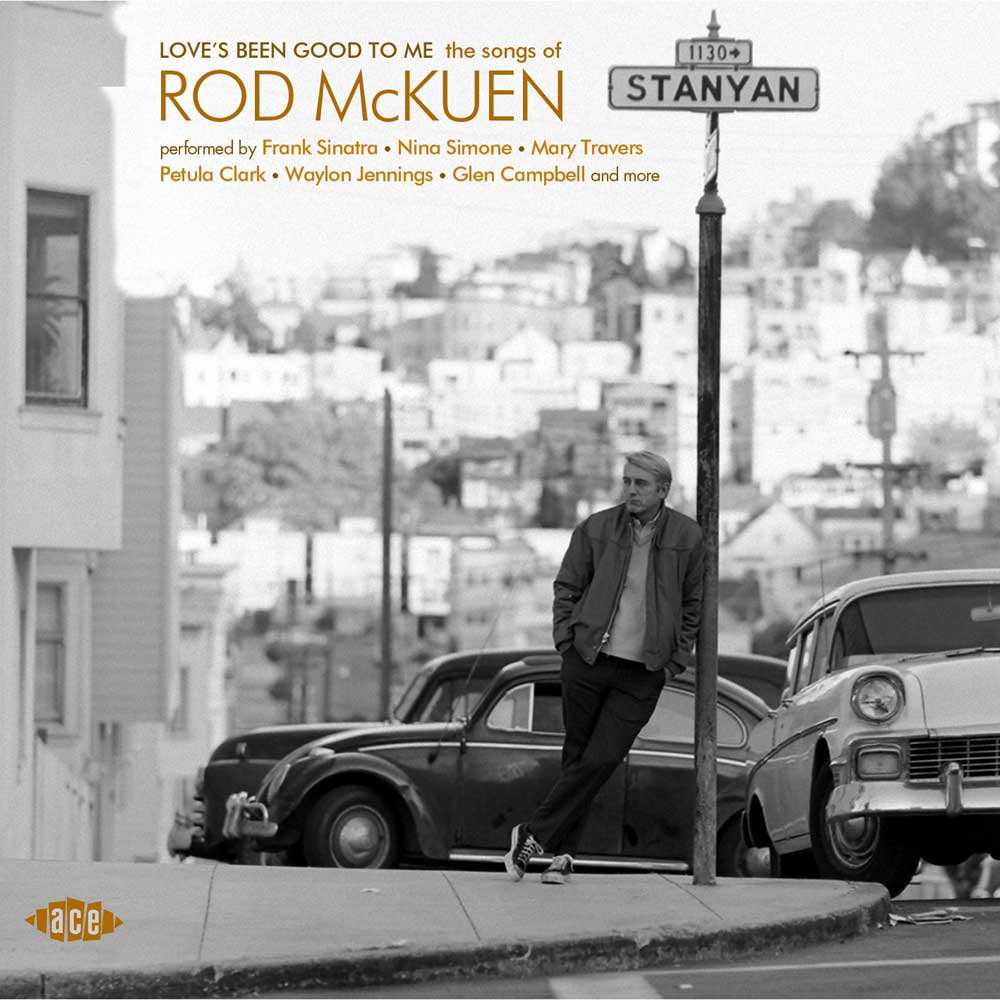 ROD McKUEN is the latest songwriter to be afforded an album in Ace Record’s excellent “Songwriter” series.

Born in California in 1933, McKuen endured a tough childhood before becoming, in the 60s and 70s, a lauded arts all-rounder… TV presenter, movie actor, composer, singer, poet and songwriter and here Ace presents a 25 track selection of his best songs performed by artists across all kinds of genres.

Soul is represented by Nina Simone and Dusty Springfield who offer ‘A Single Woman’ and ‘If You Go Away’ respectively. If you know the songs (‘If You Go Away’, of course, is a reworking of a famous Jaques Brel song) you’ll know that they talk of despair, loneliness, desire and nostalgia. Indeed the very themes that constantly recur in McKuen’s poems and songs. It was this ability to frame plainspoken, emotion-laden lyrics that made McKuen the best selling poet in America. His 1972 poetry anthology ‘And To Each Season…’ alone sold over 8 million copies and though the traditional, college-educated establishment scoffed at his work as trite and populist, McKuen did understand the difficult knack of connecting with the emotions of ordinary people.

Other artists featured on this snapshot of McKuen’s songs include country star Waylon Jennings (‘Doesn’t Anybody Know My Name’), Glen Campbell (‘The World I Used To Know’), Petula Clark (‘The Wind of Change’) and Frank Sinatra. Indeed in 1969 Sinatra recorded a whole album of McKuen songs and from the set (‘A Man Alone’) here you can enjoy ‘Lonesome Cities’.

There are also a couple of cuts that feature McKuen’s own gruff vocals while you also get Jaques Brel’s wonderful ‘Les Amants De Coeur’… not Soul Music, of course, but so “soulful”.

LOVE’S BEEN GOOD TO ME; The Songs Of Rod McKuen is out now on Ace Records.