LOVE WILL ALWAYS FIND A WAY 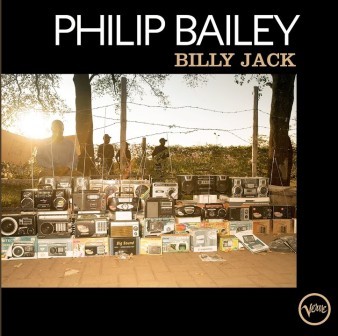 ‘Love Will Find A Way’ is the title of an upcoming album from PHILIP BAILEY. We’re told that the 10 tracker has input from luminaries like Kamasi Washington, Robert Glasper, will.i.am, Chick Corea, Christian Scott, Bilal, Christian McBride and Steve Gadd. Sadly we’ll have to wait till mid June for its release!

However as a tasty teaser, big Phil has just released the album’s lead single – a scintillating cover of Curtis Mayfield’s ‘No Place Like America’ song ‘Billy Jack’. It’s a big seven minute sweep – different enough to the original but retaining the sinister mood and atmospherics of the Mayfield take… production by Robert Glasper by the way.

‘Billy Jack’ and ‘Love Will Find A Way’ represents a major label comeback for Bailey who is now, pacted to Verve.