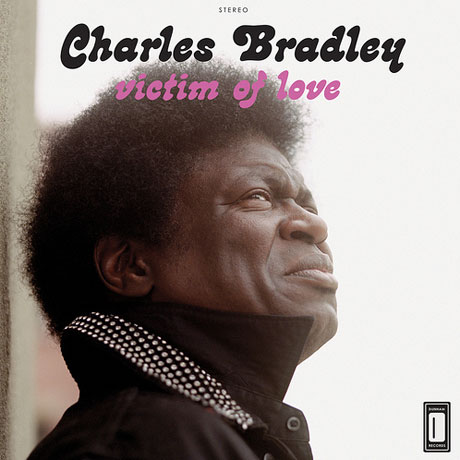 Contemporary soul stylist CHARLES BRADLEY – who made his first recording when he was 62 – is all set to release his second long payer in April. The album is called ‘Victim Of Love’ and will be available on Dunham/Daptone Records.

BRADLEY grew up in New York City where life was far from easy. Labourer and a cook, he travelled the States looking for work but 20 years ago he relocated to Brooklyn, finding work as a handyman … but tragedy struck when his brother, JOE, was gunned down.

To make money BRADLEY went on the road as “BLACK VELVET” – a JAMES BROWN tribute act – and he was soon to come to the attention of GABE ROTH of Daptone Records. ROTH signed the 62 year old and the rest is history.

CHARLES’ debut set, ‘No Time For Dreaming’ was critically acclaimed and became a steady seller and with this new album the veteran is set to increase his already growing fan base. Recorded at Dunham Studios and mixed at Daptone’s ‘House of Soul, ‘Victim Of Love’ is sure to accelerate CHARLES BRADLEY’S career trajectory. Rough-hewn and authentic, critics have already drawn comparisons to OTIS REDDING and JAMES BROWN. But BRADLEY is adamant, “I’ve been JAMES BROWN for a long time now I wanna be CHARLES BRADLEY”. The new release will allow him to prove just that and there’ll be a full review here @ SJF very soon.