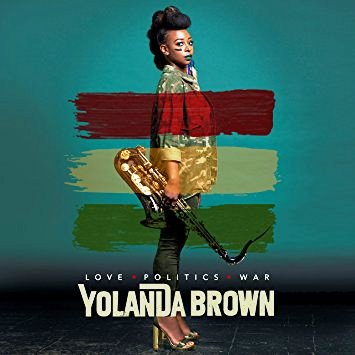 Devaughn fronts two jaunty Caribbean grooves, ‘Prosper’ and ‘This Kind Of Love’ and indeed they represent the album’s chief soundscape. Yolanda calls it “Posh Reggae” which she defines as an eclectic mix of “jazz, soul and reggae” –the best sonic definition is the album opener, ‘Million Dollar Love’ – lazy, lovely and laid back. That though doesn’t mean that there’s no message in the music.

Ms Brown says: “I wanted to create an album that reflected the current state of the world with its political tensions and its numerous uprisings and protests – the underlying message, though, is that love conquers all”.

Most hard-hitting cuts are ‘Love At War’ with rhymes from the Floacist, ‘No More War’ fronted by Phebe Edwards and ‘General Politricks’ where the punning title says it all!