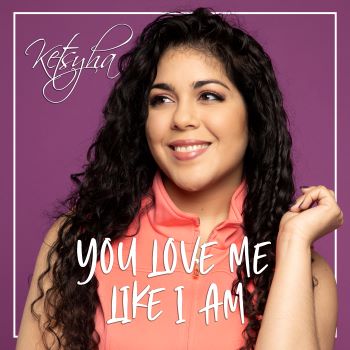 KETSYHA is a Puerto Rican born R&B/Soul/Gospel singer-songwriter and producer. She’s been working in the business since 2005 and, clever girl, she has a bachelor’s degree in Music Composition from the Conservatory of Music of Puerto Rico, winning the Music Composition Medal at her graduation.

To further her career Ketsyha moved to L.A where she continued to study music but now, she’s back in her hometown Trujillo Alto, Puerto Rico from where she’s released a clutch of singles. Her latest release is actually an EP which collects together those earlier singles alongside a new song – ‘You Love Me Like I Am’ for which the EP is named. The song is sweet and simple with a catchy Caribbean vibe – hardly surprising given the tune’s provenance. It’s out now.