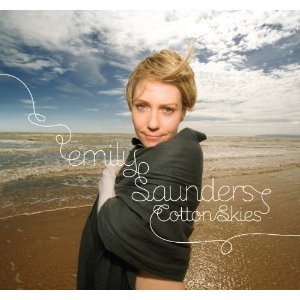 Many artists make a kind of pilgrimage in search of their true muse and British-born jazz vocalist EMILY WOLF is a great example. Fired with a deep-rooted passion for jazz, she left the UK to go study the music she loved at Boston’s New England Conservatory. Within a few months she was making waves in that city’s jazz clubs and even made the semi-finals of the Boston Steppin-Out Jazz Competition.

Demand for her music led to the release of an EP – ‘Nevermine’ – which was a steady seller throughout New England. Then, to pursue her ambition EMILY relocated to Harlem with, she says, “a dream and a month’s rent“. There she formed a band – THE EMILY WOLF PROJECT – which performed regularly throughout New York. All the time she was honing her signature sound – a fusion of blues, jazz and soul which can be sampled on her latest release – the 13 track album ‘Love For Me’.

The album’s predominant flavour is a kind of hybrid of the music of NORAH JONES circa ‘Come Away With Me’ and prime time CARMEN LUNDY; that’s to say, light, ethereal, intelligent, laid back vocal jazz. In between though there’s a Steely Dan inspired ‘Your Move My Heart’ (great guitar from ANDREW BAIRD) and a Caribbean/Latin melange – ‘Lucy’. There’s also impassioned blues in a cover of ‘What’s Your Story, Moring Glory’ and a homage to the Golden Age of Harlem via brief snatch of ‘Ain’t Misbehavin’. There’s a lot to like about this album and you can find out more @ www.emilywolfmusic.com