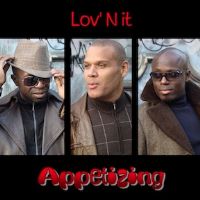 New UK-based label Funkin’ Jazz has just released its first single – a fine, energized soulful dance number called ‘Appetizing’ from four piece outfit LOV’ N IT. JASON HALLIDAY plays keys and is producer while WINSTON WARD handles the up-tempo vocal with aplomb. The band’s two other members are bass and guitar player ADRIAN OLDFIELD and RIVANE PETERS who’ll be handling some of the vocals on the upcoming album, ‘Retro Vibes’. The Funkin’ Jazz label aims to capture and nurture new talent in the Jazz-funk field and with LOV’ N IT they’re off to a great start. The track is currently available from al the usual download stores.