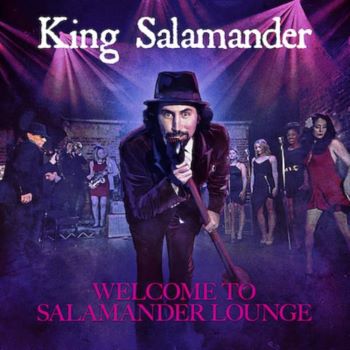 KING SALAMANDER is a new name to us but our sleuths have revealed that the band hail from Orange County, California and they consist of Sterling Musk (Vocals), Desmond Murphy (Bass), Cullen Van Stouden (Drums),  Jack Mason (Guitar/Percussion) and Charles C. Horse (Lead Guitar).

This “welcoming” is classic lounge jazz; laid back and sultry, it evokes imagery of smoky jazz cellars where performers aspire to be Mel Tormé of maybe Bobby Darin supported by a band of seasoned old-timers who still know how to serve up some super instrumental breaks.

We’re told that the upcoming album is a good, old fashioned concept set; the conceit being that each track (and accompanying video) relates to different characters who frequent the lounge. Sounds interesting, oh and King Salamander are billing themselves as “the greatest lounge band in the land”. The proof of that particular pudding will be in the album!