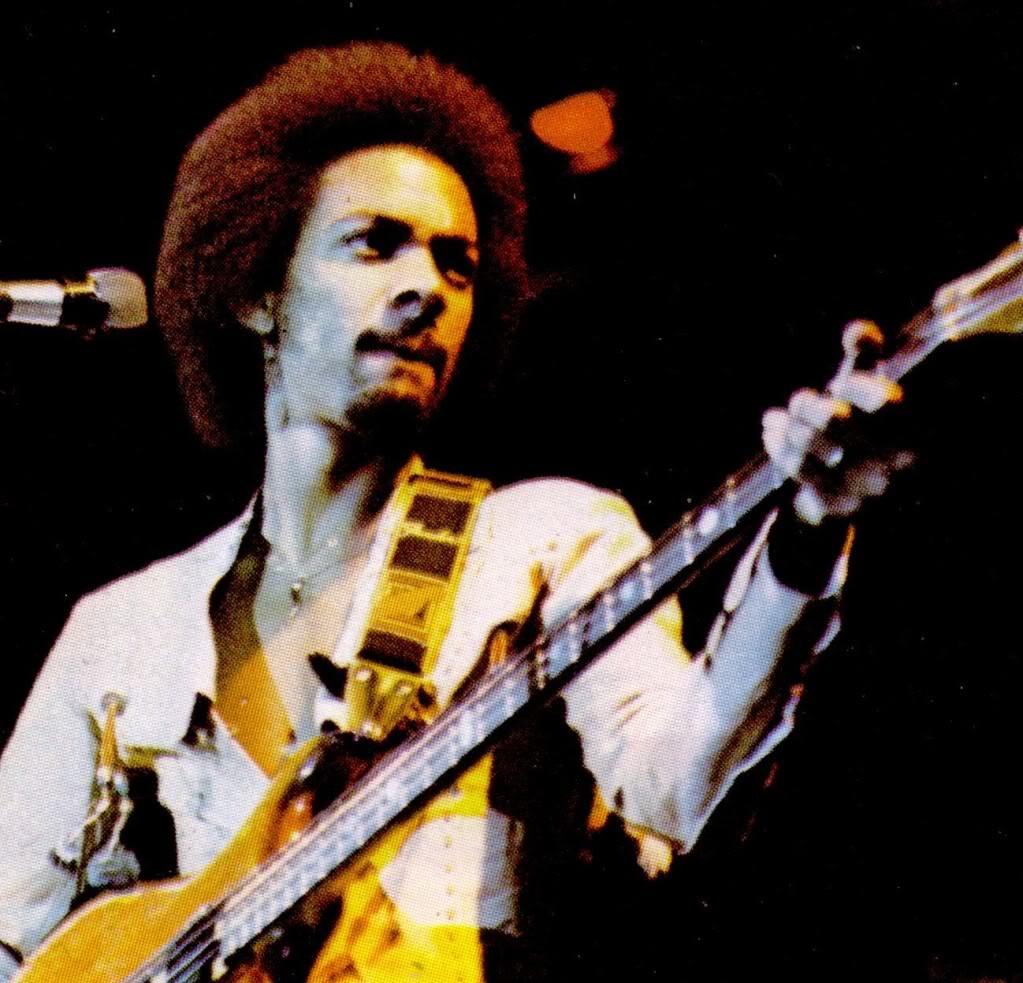 Born in Los Angeles in 1955, Louis, of course, will be best remembered for his pioneering work with guitarist brother George in the Brothers Johnson. Throughout the 70s and 80s the duo scored hits with a distinctive take on soul/funk. Amongst their best achievements were ‘Stomp’, ‘Get The Funk Out Ma Face’, ‘I’ll Be Good To You’, ‘Ain’t We Funkin’ Now’ ,’Streetwave’ and , of course, ‘Strawberry Letter 23’. All those tunes, and more, featured Louis’s very particular style of bass playing. He is generally accepted as having perfected the “slap style” of bass playing, earning himself the nickname ‘Thunder Thumbs”.

Louis was also one of the most in-demand of session players. Maybe his most famous sessions were for Michael Jackson’s ‘Thriller’ album but he also featured on Jacko’s ‘Off The Wall’ and ‘Dangerous’ sets as well as George Benson’s ‘Give Me The Night’ and Herb Alpert’s ‘Rise’. He worked with numerous other soul and jazz artists – people like Stanley Clarke, Donna Summer, Michael McDonald, Earl Klugh, George Duke, Jeffery Osborne and Quincy Jones. Indeed it was Q who helped the Brothers secure their deal with A&M records. After successfully working in the Billy Preston band, the pair had toured with Jones and the uber-producer recommended them to the A&M execs… the rest is history