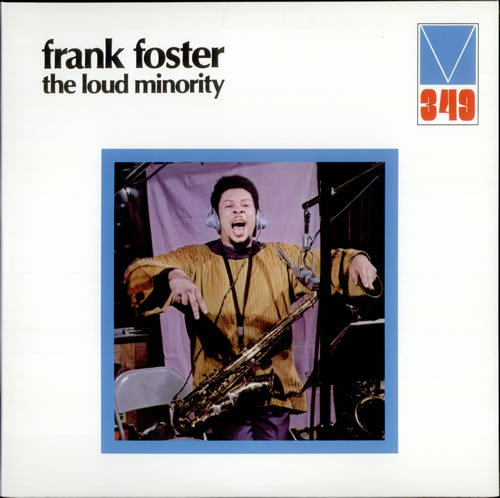 FRANK FOSTER isn’t that well-known a name in jazz circles. But the Ohio-born tenor saxophonist was a key member of the Count Basie band through the 50s. In 1964 he went solo but later joined Elvin Jones for a time. By the 70s he was solo again and pacted with New York’s Mainstream Records, he cut a now-collectable long player – ‘The Loud Minority’.

He dubbed the music on the 4 tracker “spiritual jazz” – a mix of modern rhythms and vintage style horn arrangements of the kind he’d been brought up on with Basie. Helping him to deliver were Dee Dee Bridgewater, Stanley Clarke, Elvin Jones and Airto Moreira and between them they cook up an intriguing gumbo.

The album’s just won reissue via Ace’s BGP imprint – part of their Funk & Jazz Classics series and for collectors of cult 70’s jazz, investigation is recommended.