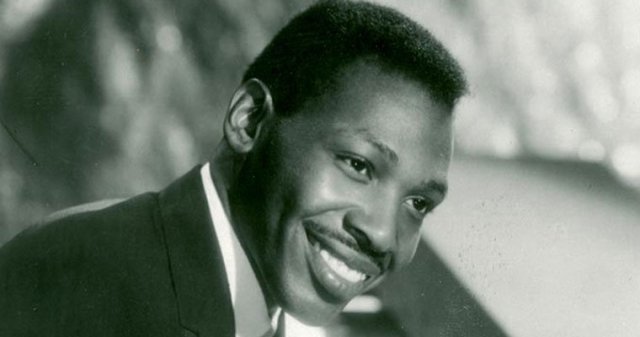 Though details are hard to find and verify, rumours are circulating on various soul sites that celebrated soul singer LOU JOHNSON died last Wednesday, 1st May. Born in Brooklyn in 1941, Johnson would have been 78 and he’ll be best remembered for his work in the mid 60s – much of it with Burt Bacharach.

Like many soul maestros, Lou Johnson began singing in church going on to work with gospel group the Zionettes. In 1962 he embraced “the devil’s music” and signed a solo deal with New York’s Big Top Records based in the famous Brill Building. There he met Burt Bacharach and it was a Bacharach/David song ‘If I Never Get To Love You’ that became his first 45. His third single – another Bacharach/David song, ‘Reach Out for Me’, Lou his first taste of chart success but sadly as momentum grew, Big Top folded and the singer moved over to Big Hill where he was to score his biggest hit with the original version of ‘(There’s) Always Something There to Remind Me’ (covered in the UK with huge success by Sandie Shaw). On that and other Bacharach/David songs, Johnson was often backed by stellar session singers Doris Troy, Cissy Houston, and Dee Dee Warwick!

Johnson recorded just two albums. The first, ‘Sweet Southern Soul’ was on Cotillion and produced by Jerry Wexler in Muscle Shoals; Allen Toussaint produced the second, ‘With You In Mind’ in New Orleans: neither proved successful.

In later life Lou Johnson moved to California working the night club circuit and working with various incarnations of the Ink Spots. His ‘Sweet Southern Soul’ album (with many Big Top/Big Hill additions) was heavily bootlegged and a year or so back Ace/Kent issued a CD of his best work – those mid 60s songs that made Lou Johnson a UK mod hero. He actually came to the UK to appear on Ready Steady Go and he played a few club gigs – including a memorable one at Manchester’s Twisted Wheel. Of course, his ‘Magic Potion’ and ‘Unsatisfied’ became big Northern tunes!