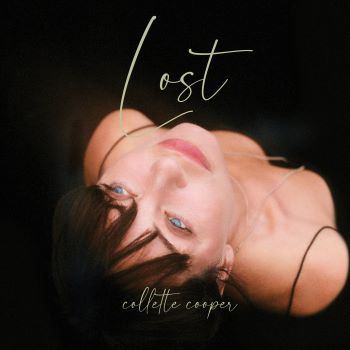 COLLETTE COOPER is a UK jazz singer – whose influences come via the bluesier end of the jazz spectrum. She cites people like Bessie Smith, Sister Rosetta Tharpe, Nina Simone and Billie Holiday as her music heroines and you can hear shades of them all on Ms Cooper’s latest album Lost’ – though at 7 tracks it’s more EP than LP.

All the songs on ‘Lost’ were recorded in one take directly onto tape which gives the music an organic, authentic and “old” sound that chimes with Ms C’s raw bluesy renditions. Hear the sound at its best on a cover of Roxy Music’s ‘Street Life’. It’s what a. proper cover version should be – totally reimagined. Bryan Ferry probably wouldn’t recognize it. The mini album’s other big cover is a version of ‘I Put A Spell On You’ – a mainstay, of course, of Nina Simone’s repertoire which underlines where Cooper is coming from with her music. Amongst the other highlights is the ultra-bluesy ‘Lost Soul’ which, complete with wailing harmonica and searing horn solo, is deep into Janis Joplin territory.

Importantly though Colette has decided that all profits from ‘Lost’ will go to the Nordoff Robbins Music Therapy Charity. She is an ambassador for the organization and recently performed a gala night in their honour at the Grosvenor House Hotel alongside KT Tunstall and Texas. It’s one of many organizations which the singer supports.

Collette Cooper’s ‘Lost’ is out now on Thelonious Punk Records.