LOST IN A MAZE! 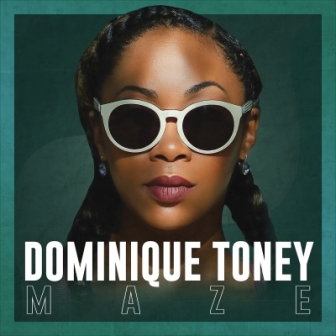 Hollywood’s Dominique Toney has an impressive soul pedigree. Her father is keyboardist Kevin Toney – co-founder of the Blackbyrds, while her mother is a stage costume designer who’s worked with music royalty like Diana Ross and Paul McCartney. Between them, mum and dad ensured that Dominique was given a thorough grounding in performing arts. Young Dominique quickly mastered the piano and enjoyed acting, song writing and, above all else, singing. Graduating with a Collaborative Arts Degree from New York University, her 2014 debut album was widely acclaimed.

Ms T is currently working on her sophomore album from which the first single has just won release. The tune is a moody, contemporary soul meander called ‘Maze’. Dominique says that sound wise she was looking for a cross between D’Angelo’s ‘Voodoo’ vibe and the Stylistics in their ‘Hurry Up This Way Again’ era! Lyrically she says: “‘Maze’ is a deep, dark composition and production that will appeal to anyone – but especially women – who can relate to the need for their own space and “me time”.”

Agree or disagree by investigating yourselves… ‘Maze’ is out now.