LORETTA AND THE BOY ACROSS THE ROAD. 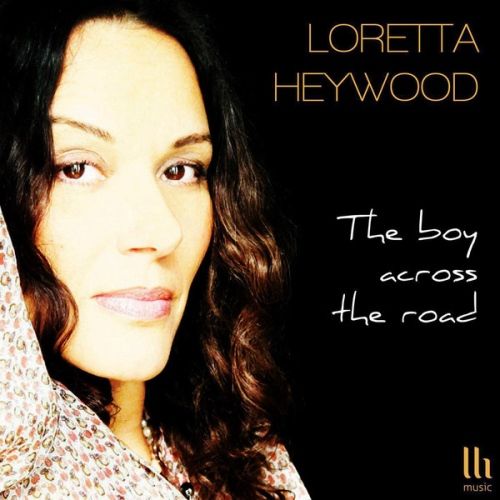 Hands up who remembers 90’s group Bomb The Bass! The Tim Simenon-led outfit’s biggest hit was the ethereal ‘Winter In July’ which featured the exquisite vocals of LORETTA HEYWOOD and since the demise of the band she’s been remarkably busy.

Loretta’s recently worked with people like David Arnold, Bugz In The Attic and Victor Davies but her current collaborator is Andy Mitchell. Between them Mitchell and Heywood have just produced a beguiling album called ‘The Boy Across The Road’. Mitchell is actually Loretta’s real boy across the road. When the neighbours met, they realised they shared a passion for music… hence the 14 tracker.

The album’s release is heralded by a single… a quirky cover of America’s 60’s hit ‘A Horse With No Name’. Like all good covers, Loretta reinvents the song…. giving it a folksy, jazzy twist. It’s an album highlight.

The LP’s other big tune is a sweet ‘This Boy That Girl’. This is a great 60s pop throwback and reminiscent of the French 60s ‘Ye-Ye’ sound. Little wonder that the track gets two remixes as album bonuses. Best of these is the Chris Franck mix which gives the tune an Astrud Gilberto Flavour.