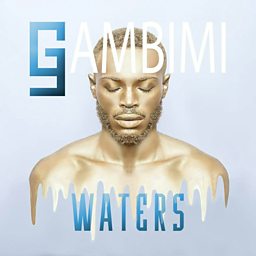 Born in Africa and now based in Birmingham,  20-year-old singer-songwriter, GAMBIMI, has just released his debut single, ‘Water,‘ via a joint venture between Warner Bros and 6 Music. Featuring Gambimi’s silky, soulful vocals, which are framed by a lush, atmospheric and seductive production sound, ‘Water’ is a tantalizing taster for his forthcoming EP, which will be released later in the year.

Originally from Brazzaville, the Congo, Gambimi came to the UK when he was six. Addicted to music and performing at a young age, he’s appeared with Maxi Priest, Session Boyz and JHus and has amassed quite a following in his adopted hometown of Birmingham. His softly sensuous, hypnotic vocal style has drawn comparisons with US singers like Trey Songz and Miguel but judging by ‘Water,’ the young singer/songwriter looks set to forge his own distinctive style in the R&B arena.

Listen to ‘Water’ on Soundcloud: https://soundcloud.com/gambimi/waters

The single is available on iTunes and all download platforms.