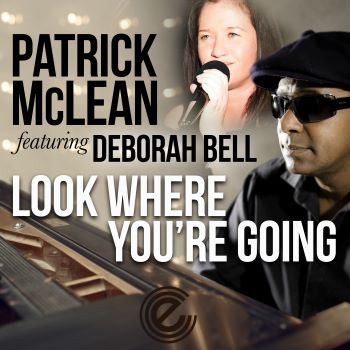 PATRICK MCLEAN is a proper  a UK soul veteran. The singer/sax man/writer/arranger/producer was a founder member of Hi Tension and more recently worked with the Brit Funk Association. In between all that he was working with family band M Lights but then Patrick took some time out to be with his family. Even during that time out, though, he still worked at his music releasing a 2012 single ‘Cruising Into Sunrise’.

At the back end of 2020 he made a comeback of sorts with his album ‘One Heart One Beat’ which he now follows with a stomper of a single, ‘Look Where You’re Going’. The message in the music is simple – be positive in your relationship, don’t dwell on obstacles, see them for what they are, challenges to be overcome with the love and security you provide each other. Can’t argue with that and helping our Patrick deliver is UK soul chart topping vocalist DEBORAH BELL. You’ll remember her of course for her work with Groove Association.

Her performance on ‘Look Where You’re Going’ is spot on – bringing just the right amount soulful optimism and vitality  that the message demands.

Patrick and Deborah make a great combination and  their ‘Look Where You’re Going’ is released digitally on February 11th in conjunction with Expansion.