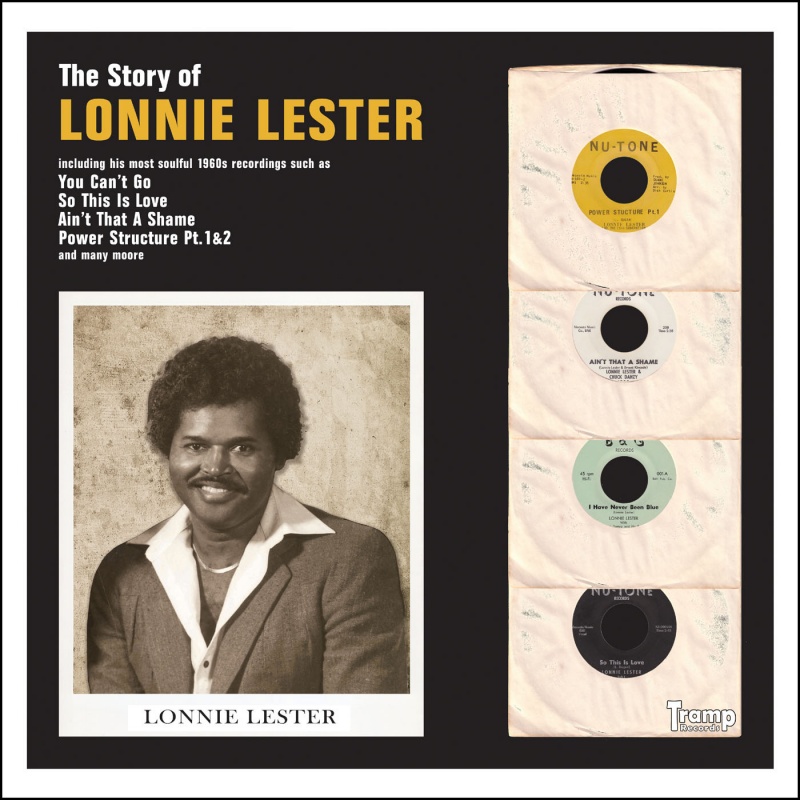 Germany’s Tramp Records continue to celebrate their 10th anniversary with another remarkable album in their “Story Of” series – which focuses on obscure and undervalued soul, funk and blues performers.

This new release turns the spotlight onto Missouri’s LONNIE LESTER. LESTER was born in the small town of Dorena in 1937 –the oldest of 13 children! As a teenager the family moved to Gary, Indiana where he performed with local doo-wop groups. Then he worked with a young JUNIOR WALKER before serving in the USAF. Demobbed in San Francisco, he worked the circuit supporting stars like SAM & DAVE, THE DRIFTERS and ARETHA FRANKLIN.

A move to Chicago saw LONNIE win a recording contract with Nu-Tone Records, but success eluded him and so he returned to Indiana – once again working the chitlin’ circuit, This time though he had a band – LONNIE LESTER and TOUCH. In the 90s he retired but we’re told that he still performs locally.

This 16 track album – ‘THE STORY OF LONNIE LESTER’ pulls together most of his recordings. On Tramp Records, it’s officially licensed and most of the music appears on CD for the very first time. Try the powerful, brassy ‘You Choose’, the heavy ballad ‘I Know’ or the swaggering blues instrumental ‘Jay Walk’ to get the full flavour of LONNIE LESTER.