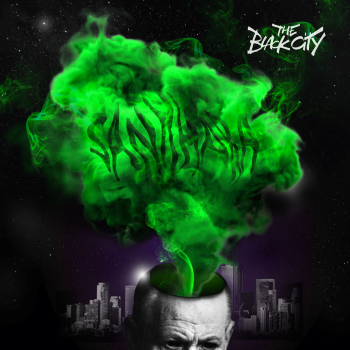 THE BLACK CITY is an Italian  funk band. The line up is Martin Craig on guitar, Caldero on drums, Monne on electric bass and Gurri on keyboards. They joined forces through their mutual love of soul and funk and with the exception of drummer Caldrero, the band members are all Italian and studied music at prestigious Italian schools. Caldero hails from Cuba – and on the band’s latest album, ‘Sankhara’, his musical roots are obvious.

‘Sankhara’ is the band’s fourth album and follows ‘What The Funk You Want?’ (2016), ‘Pulp Funk’ (2018) and ‘Wake Up. The Funk’ (2019) and therein lies the clue to sound of the Black City – pure, unadulterated funk and though the F word is conspicuous by its absence on the new collection, be assured that the funk quotient on the 6 tracker is mighty high!

The set was recorded during the lockdown and kicks off with ‘Red Top Mountain’ – based on Craig’s time working in Atlanta and it’s brash, raw, Hammond-led funk sets the tone for what’s to come. It’s an instrumental; the mini-album’s vocal tracks, ‘Goodbye’, ‘Dr Green’ and ‘Fiesta’ are, in classic funk style, more chanted than sung while ‘Moonlight’ features a sort of rap from Yoel Soto, a Cuban bassist, drafted in to tighten up the funk even more.

THE BLACK CITY: ‘Sankhara’ is out now via Blue Mama Records.