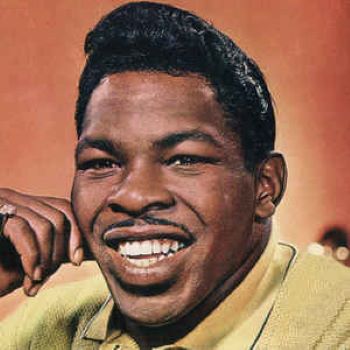 R&R and R&B pioneer, LLOYD PRICE died on Monday, May 3rd (not as some outlets have reported, May 6th). His wife Jackie confirmed the date by posting: “I am so touched by the outpouring of love and tribute for the passing of my husband Lloyd Price, who passed peacefully on May 3, 2021 at Schaffer Extended Care in Westchester County, NY. Lloyd’s music crossed many boundaries and carried him to all corners of the world. He got the nickname ‘Mr. Personality’ because of his biggest hit but he also earned that name because he was charismatic, generous, smart, funny, talented with a very kind heart. I am so grateful for everyone who loves his music and have precious memories of his many songs. From the deepest part of me thank you, love to all.” No cause of death was given but it’s known that Price had been ill for some time. He was 88.

Price was born  in the New Orleans suburb of Kenner in 1933 and began singing in church before securing a record deal and scoring hits with songs like 1952’s ‘Lawdy Miss Clawdy,’ released through Los Angeles-based Specialty Records., ‘Oooh-Oooh-Oooh’, ‘Ain’t It a Shame’ and ‘Tell Me Pretty Baby’. A stint in the army interrupted his burgeoning career but after demob he came back in a big way with hits like 1958’s million-selling ‘Stagger Lee’ (his cover of a folk song about a real-life murder), 1959’s ‘Personality’ (which earned him the nickname “Mr. Personality”) and ’I’m Gonna Get Married’.

Apart from performing, Lloyd Price also  founded a number of record labels including LPG which he formed with famed boxing promoter, Don King (with whom he helped set up the legendary “Rumble in the Jungle”. A serial entrepreneur, Price also ran food, building and housing companies.

Price was inducted into the Rock and Roll Hall of Fame in 1998 and received the Pioneer Award from the Rhythm and Blues Foundation in 1994. His biography was called ‘Lawdy Miss Clawdy: The True King of the 50’s — The Lloyd Price Story’. (His ‘Miss Clawdy ’song was  covered countless times – most successfully of course by Elvis Presley in 1956) while in 2015 he published a book of empowering essays, ‘sumdumhonky.’

In addition to his wife Jackie, Price is survived by three daughters and two sons.

Kenny Gamble has been quick this week to praise Lloyd Price: “He was a great dude who helped me, Leon [Huff] and Thom Bell a lot in the early days when we played as a band at Loretta’s Hi-Hat club in New Jersey where  he sometimes performed. We had fun competing with Lloyd, who had a funky band. Not only was he a talented singer and performer, Lloyd was also a skilful songwriter: ‘Personality’ was a monster of a song as well as others like the slow drag ‘Just Because.’ Always positive and uplifting, Lloyd was a fearless and independent force … an original.”