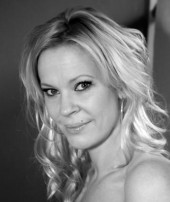 LIZZIE DEANE is a singer songwriter from the Midlands who studied singing and acting at the Royal Welsh College of Music and Drama. From there she gravitated to London and soon became part of the capital’s music scene, ditching her pure classical soprano style for a more emotional and soul-based approach. That approach led to session and backing vocals work for the likes of MICA PARIS, JOOLS HOLLAND, FRED WESLEY, MACEO PARKER, SAM MOORE, CARLEEN ANDERSON, JOCELYN BROWN and (dare we say it?) SIR CLIFF RICHARD!

For the past few years she’s also been working on her own music – writing and recording whenever the opportunity offered itself. Now she’s assembled 8 cuts for her first album, ‘Set Me Free’ and it’s a great collection that mixes soul, funk, blues and pop and showcases her powerful vocal approach.

Standout cut is the melodic, sweet ballad ‘Sunday Morning Loving’. It has a feeling of classic LISA STANSFIELD and is as laid back as that title suggests. The raw funk of ‘Magic Number’ and ‘Have A Party’ show that LIZZIE can do-in-your face too while the closing ‘Bring It On’ proves that dear AMY WINEHOUSE still exerts a considerable influence on new British artists.

Find out more about LIZZIE and ‘Set Me Free’@ www.lizziedeane.com