LIVING FOR THE WEEKEND… 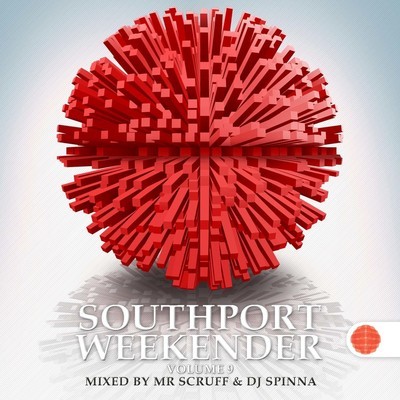 The famous SOUTHPORT WEEKENDER is set to celebrate its 25th anniversary. It’s without doubt Europe’s biggest soulful music festival and it’s come a long way since its inception at the storm-tossed Berwick-Upon Tweed Caravan Park. For many years the festival was based in Pontins at Southport, but last year the show decamped – lock stock and soulful barrel – to Butlins at Minehead. For obvious reasons, though, they kept the “Southport” brand – a brand that dance connoisseurs know and trust.

Those same devoted fans (6,500 at the last bash) also know and love the annual Southport Weekender compilation albums and the good news is that the ninth volume in the series is set to hit the racks in February… though those of a digital bent can access the music via iTunes as from now.

The new double CD collection has been picked and mixed by MR SCUFF and DJ SPINNA. SCRUFF is known for his genre bending sets… though this time around his 25 tunes are all soulful foot tappers, none more so than WINFIELD PARKER’S ‘I Want To Be With You’. Brooklyn’s DJ SPINNA keeps things tight and soulful too and his set includes fab cuts from the likes of KERRI CHANDLER, REEL PEOPLE and PEVEN EVERETT.