LIVIN’ OUT LOUD … THEY GOTTA KNOW 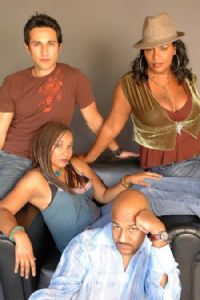 LIVIN’ OUT LOUD are an American four piece group who are well known to the UK soul cognoscenti. What few copies of their 2006 album ‘What About Us’ that were available in Europe were quickly snapped up by discerning modern soul collectors. The good news is that the band will shortly be releasing their brand new set throughout Europe. Three years in the making, ‘Lately’ has all the classic ingredients so beloved of the modern soul crew. The first track to be leaked from the album is called ‘Cuz I Gotta Know’ (in a special Souled Out mix) and it’s a smooth slice of steppers soul that will delight sophisticated groovers. Prior to the album’s full release, more tracks will be made available so that America’s best kept soul secret won’t be a secret too much longer.