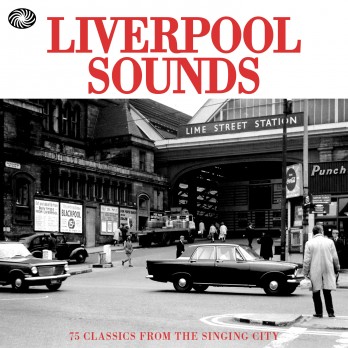 Archive label Fantastic Voyage have just released a nostalgia-heavy, 3CD, 76 track collection that looks at the music of Liverpool in the immediate pre-Beatle era (though the collection does offer both sides of the Fabs’ debut single and two cuts they recorded in Hamburg with Tony Sheridan).

It’s not a soul compilation, of course, but for students of pop history and collectors of soul covers the album is treasure trove. Here there are covers of songs like Derek Martin’s ‘Daddy Rolling Stone’ (from Earl Preston’s Realms) and  Ray Charles’ ‘What’d I Say (from Gerry and the Pacemakers). You’ll also get spirited versions of classics like Carole King’s ‘It Might As Well Rain Until September’ (from the Delaine Sisters) and Burt Bacharach’s ‘Tower Of Strength’ (from Frankie Vaughan).

Nostalgia never sounded so good and for a budget album, the sleeve notes are particularly strong. They should be. They were penned by Liverpool musicologist Spencer Leigh who unearths all kinds of wonderful trivia …. including the fact that Liverpool artists have enjoyed no less than 56 UK no.1 hits… wonder if any other city get near to that figure?