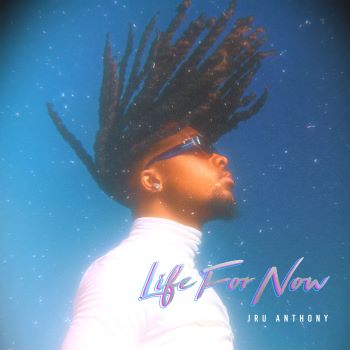 JRU ANTHONY is a new name to us but Stateside, there’s a buzz about his upcoming album, ‘Life For Now’.

We’ve learned that Mr Anthony is a 19 year old artist from Washington DC and his people tell us that he’s a soul/R&B crooner. However, just a quick listen to the album will show that it’s hard to put the singer into a pigeon hole! For instance, the album closer, ‘Four AM’ is a country flavoured tune replete with steel guitars and that lovely, homely  Nashville sound. ‘Greenlight’ is a ponderous, electro beater while  ‘No Regrets’ is a catchy, indie pop cut. But like the rest of the ten  tracker, they’re delivered in a confident, old school soul way – a mature way that defies Jru’s 19 years. Equally, surprising is the fact that tender-aged Jru’s also written and produced the whole album!

Best cut? Well, the contemporary soul crowd need to investigate ‘Move On’. Get past the long intro and you’ll discover a crisp and lovely soul beater that would fit into any modern soul playlist while ‘Rock Wit Me’ has appeal too – if more on an R&B vibe.

Lyrically, throughout the album, Jru explores the emotional highs and lows of life and relationships. It marks a strikingly mature album from an artist yet to enter his twenties and we commend it to you if you fancy something a little different and unpredictable. It’s released 23rd September.