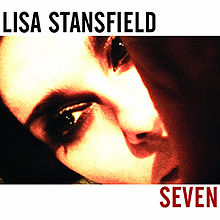 UK soulstress, LISA STANSFIELD has announced that her new album, ‘Seven’ , will be released on February 3rd 2014. No prizes for guessing that the long player will be the Rochdale-born singer’s seventh LP and her first since 2004’s ‘The Moment’.

‘Seven’ has been produced and written in the United Kingdom by Stansfield and long-term partner and collaborator Ian Devaney. Recording took place in both Los Angeles and Manchester and amongst those featured on the set are John Robinson, known as the most recorded drummer in history and Grammy Award winning orchestrator Jerry Hey.

Ms Stansfield has just posted an album trailer on YouTube and you can find out more by visiting www.lisa-stansfield.com