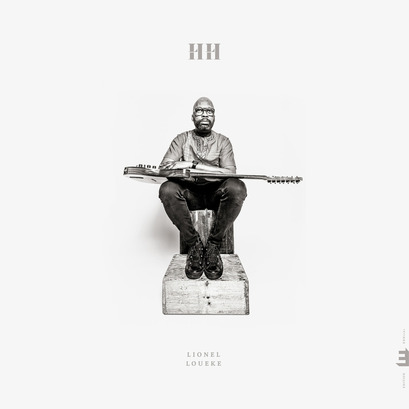 The noted West African jazz guitarist and vocalist Lionel Loueke is set to release his twelfth solo album, ‘HH’, via Edition, one of the UK’s leading independent jazz labels.

The stunning 14-track long-player finds the 47-year-old Benin-born fretboard maestro, who studied at Boston’s prestigious Berklee College of Music prior to embarking on a professional music career, paying homage to his mentor; legendary jazz pianist and composer Herbie Hancock, in whose band Loueke played back in the late 2000s (Hancock also guested on Loueke’s Blue Note debut album, ‘Karibu,’ in 2008).

Captured alone in the studio alternating between electric and acoustic guitars, Loueke reimagines thirteen of Hancock’s songs rendered in his own inimitable African-flavoured style; they range from revamps of the piano maven’s ’60s Blue Note classics (‘Maiden Voyage,’ ‘Watermelon Man’ and ‘Cantaloupe Island’) to his 70s funk grooves (‘Actual Proof,’ and ‘Hang Up Your Hang Ups’) and a radical reworking of 1983’s techno-funk hit, ‘Rockit.’ Loueke also includes a self-penned song to his mentor entitled ‘Homage to HH.’

‘HH,’ which will be available on both CD and vinyl LP, is released on Edition Records on October 16th