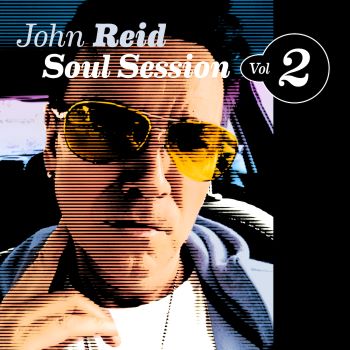 Scotland’s JOHN REID is a proper Brit soul veteran who’s enjoyed  a properly varied career. He started off as a soul DJ, and then in 1992 he formed his own band, the NIGHTCRAWLERS who enjoyed plenty of action with ‘Push The Feeling’ and ‘Surrender Your Love’. John then focused on song writing, penning songs for a mixed bag of artists – amongst them Westlife, Rod Stewart, Tina Turner, Kelly Clarkson and Leona Lewis.

The Nightcrawlers were back in action in 2018 with a lovely 3 track EP. All three tunes were produced by Michael J McEvoy and Ernie McKone and the three tracks subsequently appeared on a Nightcrawlers LP, ‘Soul Sessions’.

Been a while but John’s back with a new set,  ‘Soul Sessions Vol. 2’ from which the lead track is being lined up for release at the back end of October. Michael J McEvoy and Ernie McKone have again worked with John on the track –  co-writing and playing on it. So, with those  Boogie Back boys in the mix, you know we’re talking soul quality. The tune is one of those great, good time Weekender sounds… bags of up-tempo optimism that  bodes really well for ‘Soul Sessions Vol. 2’