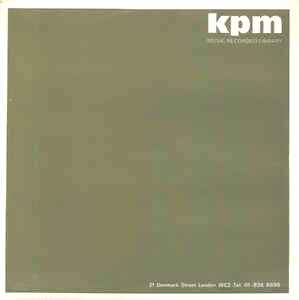 Serious music collectors know all about “Library Music” – recordings that are not commercially available but have been specially composed and recorded for use on radio, TV and advertising outlets. Much of it is recorded speculatively, some is commissioned, but almost all of it is written and performed by some of music industry’s top backroom specialists – writers, arrangers and session players. Over the years Library Music has earned a certain cachet with collectors but it’s normally hard to get hold of… till now!

The EMI subsidiary, KPM is perhaps the most established name in Library Music and by way of celebrating its achievements the label is bringing together a raft of its top players to perform at a special concert at the British Library on October 6th. The “KPM All Stars” will feature people like Alan Hawkshaw, Keith Mansfield, Brian Bennett and Alan Parker. Between them they’ve played on hundreds of hits (Bennett was one of Cliff Richard’s Shadows, while Parker taught Bowie guitar!) and countless Library tunes.

To tie in with the show Be With Records are releasing a set of classic Library albums which includes a groove heavy, ‘Full Circle’. This is credited to Alan Hawkshaw and Brian Bennett and features 12 tracks that offer a classy smooth jazz, jazz/funk vibe. None of the tunes will be familiar – but production is faultless and the playing (as you’d expect) is blemish free! The album also comes in the iconic KPM green livery.