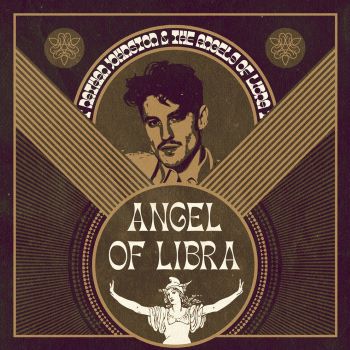 THE ANGELS OF LIBRA, a 10 piece soul outfit from Hamburg “pledged to making music the old fashioned way”, entered our consciousness in June with an eponymous single. With vocals from Irish singer, NATHAN JOHNSON, their ‘Angel of Libra’ was sombre but intriguing. The follow up, ‘All Your Love’  (Johnson at the mic again) was brighter altogether. Catchy and brassy, we learned that the tune was inspired by contemporary artists like Anderson Paak who cleverly meld  old-school beats and phrases with more modern idioms. It seems that Curtis Mayfield was the inspiration for the band’s fourth single, ‘Curtis (Do You Wanna Be A Star?’). Once again Johnson was on vocals and his convincing blue-eyed soul voice delivered the song with conviction.

Elsewhere, ‘All Your Love’ is worth repeated plays. ‘In A Different World’ is a gentler affair – classy blue-eyed soul that might remind you of Young Gun Silver Fox. ‘Modern Times’ and ‘Jericho’ are darker and broodier as is the closer ‘Euphoria’ which, if you listen hard, deals with the normalization of class A drugs among youths and how it is affecting people‘s sense of belonging and the need to join in so as not to feel left out. Indeed most of the tracks deal with “issues”. The clear exception is ‘Icarus’ – a frantic instrumental with the lead instrument a Philicorda, a vintage electronic keyboard that give the tune a bizarre feel… a bit like a Gerry Anderson puppet show  theme.

Oddly, there’s no place here for the band’s third single, ‘No, No, No’ which featured a soulful vocal from German songstress Maiiah. Clearly its inclusion would have impacted the unity of the album which is a vehicle for the vocals of Nathan Johnson.