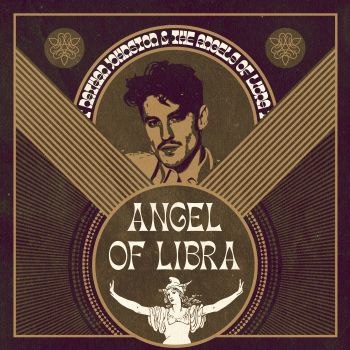 THE ANGELS OF LIBRA are a 10 piece soul outfit from Hamburg pledged to making music the old fashioned way – using analogue recording techniques and playing in the style of 60’s soul revues! Till recently the musicians didn’t actually have a name. Then, by chance,  they met Irish singer, NATHAN JOHNSON at a Hamburg studio and invited him to front them and write with them. His first song for the anonymous players was a moody, sombre ‘Angel Of Libra’. The band liked it so  much that’s what they became.. the Angels Of Libra!

Now that very ‘Angel’ song has just been released. It is, of course, an odd title but we’re told that it’s all about a relationship on its last legs, when both parties know that it has come to a natural end but one person isn’t ready to let it go. The song is born from the idea that we are often too scared about the future and not knowing what comes next after we have spent some time being too comfortable with a situation. Nobody truly likes change and often we scream out when we know things are not going the way we thought they would. Got that?

Musically the song is dark and broody with a soul undertow and it’s out now via waterfall Records.