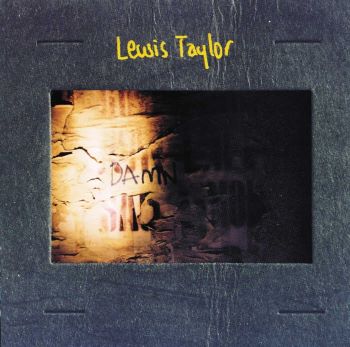 LEWIS TAYLOR’S 1996 self-titled debut album is considered by fans and music commentators alike as a classic blend of neo-soul, sophisticated pop, smart grooves and laid-back funk. It won great reviews  and plenty of music  biz bods were hugely enthusiastic. David Bowie, for instance, declared it “the most exciting sound of contemporary soul music”.

Sadly (maybe?)Taylor never really built on all the enthusiasm. His then label, Island, eventually let him go just after the release of his second album, ‘Lewis II’ and in June 2006 after three further studio albums, Lewis Taylor retired from music.

Over the years that seminal debut has been reissued several times – but as far as we know the only vinyl issue was simultaneous with the original 1996 CD release. Fans were never satisfied that the CD length album was compressed onto a single 12” LP but despite that, it’s now a collector’s item – near impossible to find.

Now, Be With Records are gearing up to release a double LP pressing of the album. Release date is Friday 6th August – yes, a long way off but there’s sure to be big demand and the label is currently taking pre orders. The new pressing is freshly remastered  and  Be With spreads out the ten tracks over a double LP so nothing is compromised. The artwork has been restored at Be With HQ and subtly re-worked to work as a double.