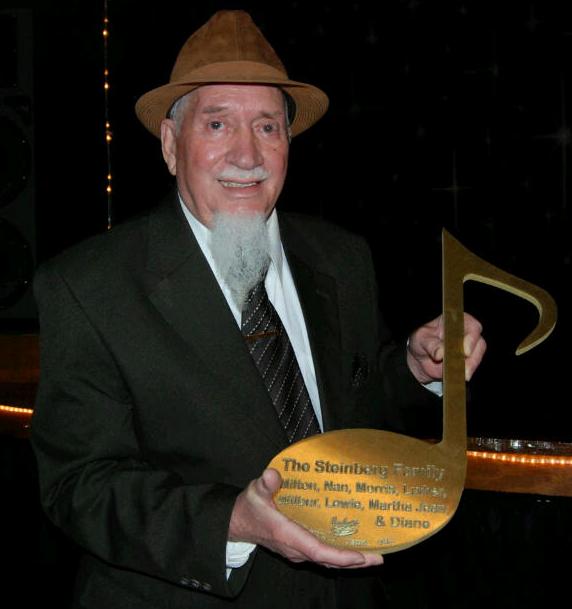 Respected session musician LEWIS (Lewie) STEINBERG died on Thursday 21st July in Memphis. He was 82 and had been battling cancer for some years. In soul circles, Lewie is best remembered for playing bas on Booker T and the MGs’ ‘Green Onions’.

Born in Memphis in 1933, Steinberg eventually became an in-demand bass player on the city’s burgeoning music scene in the 50s and 60s, playing studio dates and live gigs. Consequently he was often in the Stax studio on East McLemore.

He was there on a summer Sunday in 1962 when the studio had been booked for Sun recording artist Billy Lee Riley to record a jingle. Legend has it that Riley didn’t show so the band (Booker T, Steve Cropper, Al Jackson and Steinberg) started a blues jam. Engineer/boss Jim liked what he heard and recorded it; then, suggested they record another tune in case they needed a B side. That “other tune”, loosely based on Sonny Boy Williamson’s ‘Help Me’ became ‘Green Onions’. ‘Green Onions’ was indeed released as a B side (to ‘Behave Yourself’) but when radio jocks flipped the disc, ‘Green Onions’ became a smash.

“Duck” Dunn who was also a Stax studio bass player wasn’t at the session because he was out on the road with the Mar Keys promoting ‘Last Night’ (though some accounts suggest he went off fishing with his father).

Steinberg stayed with the MGs for two albums, 1962’s ‘Green Onions’ and 1965’s ‘Soul Dressing’. He then left and again accounts vary. Some say he wasn’t prepared to go on the road; others suggest Steve Cropper fired him because they didn’t get on. He was much older than the rest of the players while Dunn was a close friend of Cropper’s.

Steinberg continued to play sessions and he was inducted into the Rock and Roll Hall of Fame in 1992. He, later, received a Grammy Lifetime Achievement Award in 2007, and was given a Brass Note on Beale Street’s Walk of Fame, in Memphis.