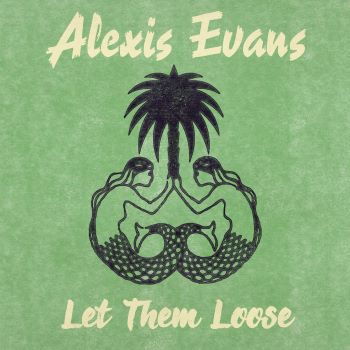 At the back end of last year French blue-eyed soul man ALEXIS EVANS announced the release of an upcoming album, ‘Yours Truly’ – a follow up  to his 2019 set, ‘I’ve Come A Long Way’ which contained the still lovely single, I Made A Deal With Myself’, a tune that  betrayed young Alexis’ influences – classic soul – a genre passed on to him via his soul loving English father.

Monsieur E has since released two singles from the new set – a quirky, intriguing ‘Mister Right on Time’ and a much more orthodox soul cut, ‘Do Something’. The LP’s third single is released today (20th January) and ‘Let Them Loose’ offers something quite different to the previous singles. This ‘Let Them Loose’ is a big, in your face sound – a veritable pot pourri of Norman Whitfield, Rick James and that little purple fella!

Alexis explains the message in the music: “This song is all about letting it all go and dance. Let your legs loose and just get on the floor. The New Orleans sound of the 60’s was the main sound influence. The fuzzy bass was an idea of producer Louis-Marin Renaud and it fits my wah wah guitar nicely. We have fun playing that tune on stage, especially in clubs, where the atmosphere is filled with joy and sweat”.

‘Let Them Loose’ is released 20th January ; The ‘’Yours Truly’ LP is released 3rd February. Both  via Record Kicks.