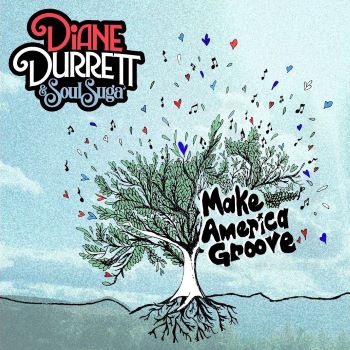 Diane is something of a music biz veteran – she’s worked with people like Sting and Greg Allman and she’s also a board member of the Recoding Academy where she passionately advocates for increased opportunities for female engineers and producers in the business.

Right now, though she’s determined to get America grooving and why not! Backed by her regular band, Soul Suga,  her ‘Make America Groove’ is a funky and feisty workout with a lyric that takes us all across the States (in the way that ‘Dancing In The Street’ did) . The idea is to promote the wonderful, unifying power of music. Diane and her producer Thom TK Kidd are adamant that the song is not a nod to the oft used political slogan; rather a joyous celebration of the power of music… though they do cleverly work ‘The Star Spangled Banner’ into the lyric! It’s out now