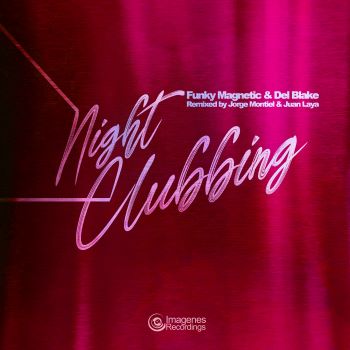 If you’re a  fan of Iggy Pop(!!!) or indeed know the ‘Trainspotting’ movie, you’ll know the song ‘Nightclubbing’. The Pop tune (see what we just did?) featured in the movie. The song has now gotten a new lease of life courtesy of producers JUAN LAYA & JORGE MONTIEL. Here, though, they’re using the name FUNKY MAGNETIC rather than their Los Charlys ID. They don’t say why.

The cut is a collaboration with London singer/guitarist , Del Blake and between them they create a raw, insistent, electro vibe . It comes in various mixes which offer various degrees of electro swagger.