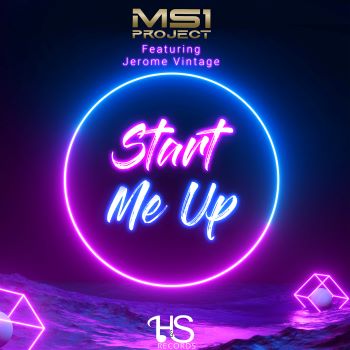 MIKE HARRISON (aka DJ Blue) and session musician GEORGE HARRISON are brothers who, musically together, are MS1 PROJECT. It was back in 2017 that we first heard and enjoyed their talents via two singles . They were followed by the 2019 album, ‘Changes’ which featured input from people like Raja Nee, Sean Q, Deli Rowe, Tempo Stokes, Shaila Prospere and Jerome Vintage.

And it’s the very same Mr Vintage who takes the mic on the Project’s fresh, new single, ‘Start  Me Up’. It’s a steady and slick R&B flavoured groove with a tight production and convincing vocal. We believe that this is a taster for an upcoming longer length project slated for later this year – either EP or LP depending on all sorts of factors … including  the pandemic.

In the meantime ‘Start Me Up’ is  available from Friday 16th April but only via https://ms1project.bandcamp.com/