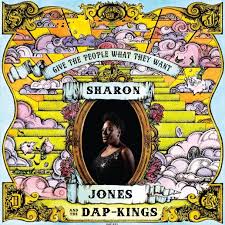 Jazz heads will know all about the Jazzman label’s ‘SPIRITUAL JAZZ’ series. Volume 6 is set for release in March and the new 14 tracker is a little different to the previous 5 in as much as it concentrates on vocal jazz. But like all the other albums in the series the emphasis is on the message in the music.

Most of the cuts on the new album carry political messages and all offer food for the soul. The songs concern themselves with both the human condition and the condition of the world; but be clear; many of the included songs aren’t “songs” in the accepted sense of the word. Many, like the short opener, Max Roach’s ‘Tears For Johannesburg’ are incantations and refuse to follow the traditional beginning, middle and end structure of song writing.

Featured artists include Charles Mingus, Gary Bartz, Clifford Jordan and Pharaoh Sanders whilst amongst the rarities you’ll find music from people like Vibration Society and The Singers And Musicians of Washington High School.

Genre wise expect avant-garde, Pan-American and fusion and expect too to be challenged!