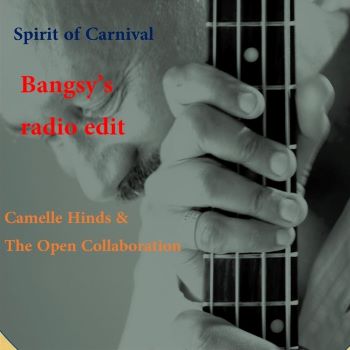 Facebook eh! Old school friends SAM BERGLITER (respected session keyboardist) and CAMELLE HINDS (super sessioneer and songwriter) re-connected in 2019 via good ‘ole Facebook and immediately commenced collaborating like they did in the early eighties. They then brought in Sam’s producer friend STEVE HAWORTH and formed a fruitful musical union from the off. They called the new partnership THE OPEN COLLABORATION and began working on a tune which eventually became ‘Spirit Of Carnival’ which is all set to be released in a plethora of 12” mixes.

We’re told that the musical concept came from the pandemic with Mr H asking, ‘What about this?’ – how, as a species, can we proceed? They say, that’s a huge dilemma and though we do have choices we must maintain our own rhythm and equilibrium. Deep stuff eh?

The music, however, though questioning is lively and optimistic and, in the Jeff Young mix (complete with ‘Forget Me Not’ hand claps), could become something of a modern soul anthem… insistent and rhythmic it features funky guitars and sweet strings. Amongst the other mixes are a dub, a brassy, samba school “panorama” mix and a couple courtesy of the ever-reliable Chris Bangs. All the mixes will be available via Shocking Little Dance Records