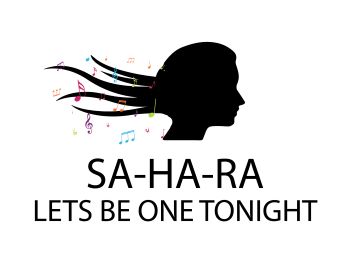 Way back in 1985 a Brit band called SAHARA impressed with a timeless dancer, ‘Love’s So Fine’. The brains behind the band were a team known as “The Producers” – collectively Peter Hinds, Steve Sinclair and Kevin Ellis. The trio had served their soul apprenticeship in bands like Light Of The World, Beggar and Co, Incognito and Atmosfear and for reasons never best explained Sahara kind of petered out with the guys going on to other tasty projects.

A few years back the team got together again and reissued their iconic tune under the new(ish) name SA-HA-RA and it (and several new mixes) took off all over again, encouraging the boys to work on an album. Released on their own SHE Records (I’m guessing S – Sinclair, H – Hinds and E – Ellis), the title ‘Past Present Future’ aptly described the sound …plenty of retro grooves (including ‘Love’s So Fine’) lots that’s current and a nod to what may be  next up.

One of the album’s highlights was a smooth, retro groove ‘Let’s Be One Tonight’ which now, three years after the album release, is the band’s current single. Don’t know if it’s a remix…. doesn’t sound markedly different but it has been extended by 20 seconds or so. If you missed the album, it’s worth investigating by Brit soul fans.