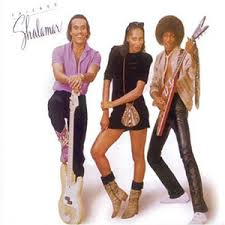 SHALAMAR’S iconic album ‘Friends’ is just over 30 years old and to mark the anniversary of what became a disco landmark, bbr Records have just released a great de-luxe 2 CD edition.

Any self respecting soul fan will tell you that SHALAMAR were formed back in 1977 as a super session group to work on the Soul Train TV series. But after the anonymous session group found chart success, DICK GRIFFEY realised that he needed a permanent line up – so JODY WATLEY, JEFFREY DANIEL and HOWARD HEWETT became SHALAMAR (named after an expensive and exotic perfume, apparently).

‘Friends’ was the group’s seventh studio album and went on to enjoy a 72 week run on the US album charts. The opening track became an instant world-wide hit and ‘A Night To Remember’ still has the ability to fill dance floors everywhere. The LP’s other biggies were ‘I Can Make You Feel Good’ and ‘There It Is’ but all ten tracks were perfectly crafted and instantly catchy in that special early 80s way.

This new bbr version of the album offers all the original music with new re-mastering but there’s plenty of bonuses too, including a whole second CD of alternate mixes of the all the big tunes.

The liner notes are extensive and include a new interview with JODY WATLEY.

SHALAMAR – ‘FRIENDS – de-luxe edition’ is out now on bbr Records