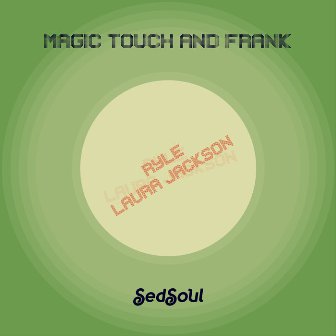 Latest single from the SED SOUL team is a double A sided single,  credited to RYLE… that’s Frank Ryle, one half of the hugely successful Cool Million team.  It’s the belated follow up to his wonderful ‘The Adventures Of Jefferson Keyes’ album from 2016.

Ryle’s new outing offers two classic modern soul outings… both featuring sweet, soulful vocals from Laura Jackson whose Sed Soul pedigree goes back to 2008. One side is the uplifting jam that is ‘Magic Touch’ – a classic 80s Weekender sound; the “other side”, ‘Frank’ is slower altogether but not quite a ballad but it does have a lovely, old school appeal in the manner of, say, Atlantic Starr. The single is good to go right now via Sed Soul.